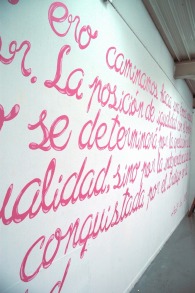 "But we are walking towards a new era, a greater one. The position of equality with men will not be determined by appealing to sensuality, but for the

Independence of women conquered by their work inside of society"


This is a transcription of a fragment from an 1898 article of the Wiener architect and designer Adolf Loos. In this, he expresses himself about women’s wear and established an analysis between the role and the functions in society. He also predicted a change in those roles that supposed to erase the priority of sensuality on women’s wear. Predictions that haven't been accomplished altogether (and in some aspects, at all)... 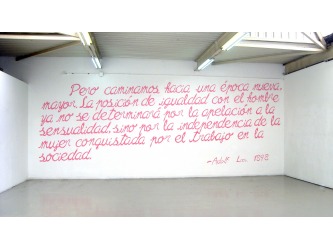 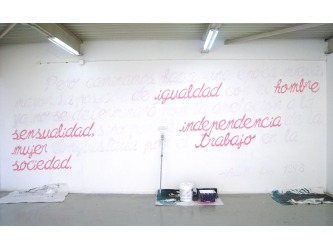 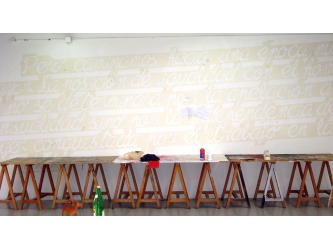 Work with stencils.  There is tape covering the wall, cutting on it the typography, and a self-made platform to work in.